← Wedding at The Joyden Hall — A Review
Go big or go bust. →

Before anyone starts thinking I have bipolar disorder for being angry and clueless in one post and so cheery and forward-looking in another, I was actually in the midst of completing this entry when the Grassroots Club dropped the bomb on us. Since it’s already written, I thought I might as well just publish it because I really did feel happy albeit in a moment that has already passed — but will come again, I’m sure.

In a holiday mood yet again because we just booked our second honeymoon accommodation in Sri Lanka!

For this second accommodation, we were looking out for beachfront hotels so that we could wake up to views of the Indian Ocean.

The Bentota area in Sri Lanka is popular for their beaches, but I couldn’t really find any hotels there that suited my taste. There were lots of beachfront properties with amazing views of the ocean, but none with interiors that blew me away. By the same stroke, the hotels we found with interiors to die for weren’t as close to the beach as we’d hoped.

We did come close to making a reservation for two nights at Paradise Road The Villa Bentota, a gorgeous 19th century property that was converted into Sri Lanka’s first boutique hotel back in the 1970s by the late world-renowned architect Geoffrey Bawa, that recently got refurbished again by Sri Lankan design guru Shanth Fernando.

Looks so enchanting in the evening!
Source: Mr & Mrs Smith

One of their superior rooms
Source: Mr & Mrs Smith

Another superior room, which I think has a nice and cosy beach feel to it
Source: Mr & Mrs Smith

I love the interior of this hotel! It fuses old charm with contemporary design, and the end result is a space that exudes so much character. But then again I may just be biased because I’m a sucker for anything that has a story behind it. You could spin a little history around a product out of thin air and I’d probably buy into it.

This gorgeous property faces the beach, but its rooms don’t open out to the sea. They open out to the gardens, which is really not bad an option, but it’s not what we originally wanted.

Lucky thing we weren’t so quick to settle, because I decided to check out other beaches nearby Bentota, and chanced upon Temple Tree Resort & Spa, Induruwa. Now this became an instant contender because it offered us uninterrupted views of the Indian Ocean!

The suite. The only difference between this and the standard room is the dining area, but we didn’t need it, so we took the latter.
Source: Book Online 2 Save

The bathroom
Source: Book Online 2 Save

The bathroom also has a round tub also with a view of the Indian Ocean!
Source: Book Online 2 Save 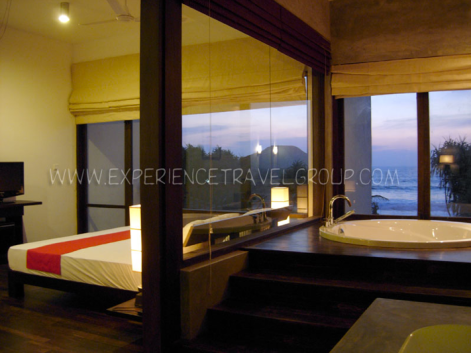 Would you look at that!
Source: Experience Travel Group 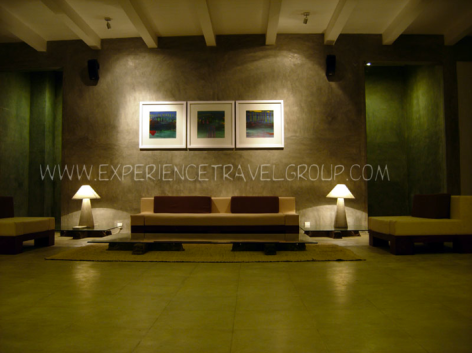 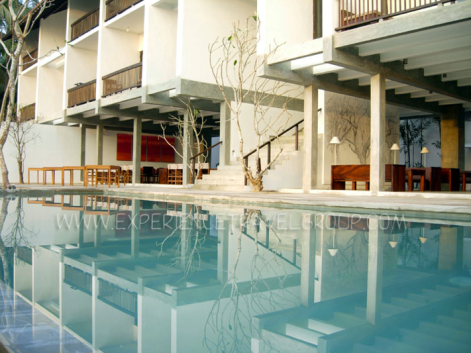 The interior is a far cry from that of  The Villa Bentota, and is in fact rather basic, but fortunately in a way I thought was tasteful.

For a while we were at a loss with the two options but we slept on it and finally decided after that to go with Temple Tree Resort & Spa. The Villa Bentota is gorgeous, but we just couldn’t pass up on the Indian Ocean. The cheaper option of the two, it just seemed like the more appropriate option since we’ll only be staying in one of the two days anyway.

So two hotels down, one more to go! The last one will be nothing fancy, just a place to crash after shopping in Colombo before we head home (and face reality, ha-ha).