← I’m a Bridezilla, hear me ROAR.
The Engagement: What Next? →

An engagement or betrothal is a promise to marry, and also the period of time between proposal and marriage – which may be lengthy or trivial. During this period, a couple is said to be betrothed, affianced, engaged to be married, or simply engaged. Future brides and grooms may be called the betrothed, a wife-to-be or husband-to-be, fiancées or fiancés, respectively (from the French word fiancé)

Call it what you want. Bottom line is I’m engaged! The date we agreed on was 26th October 2011, which happened to be our 8th year anniversary. Didn’t manage to get a good night’s sleep the night before as I was too busy admiring the diamond ring. <Cue “My prreeciouss” in creepy Gollum voice.> I only managed to fall asleep at about 3am.

Woke up pretty early that morning, did a wee bit of spring cleaning and re-arranging of furniture before the buffet spread came in. Still can’t believe my family spent a whopping 500 buckeroos on food. But it was well worth it because the food was awesomely delicious! 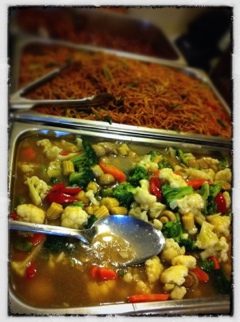 Some of the dishes on the day 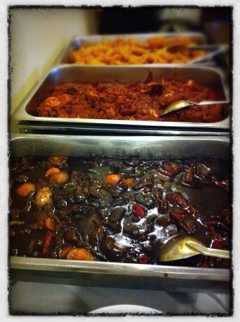 Literally had a feast! 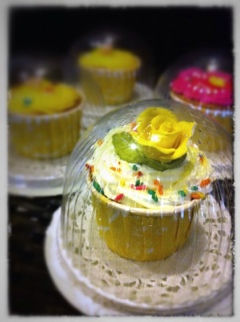 Next on my checklist was collecting the cupcakes and picking out flowers for the fruit basket I was going to present her side. My sis recommended me this florist in Bedok who was highly recommended by her colleagues, and the fruit basket turned out damn nice! The flowers I chose were the Eustoma Grandiflorum Lisianthus and the White Rose. 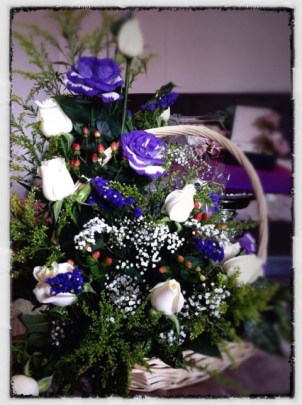 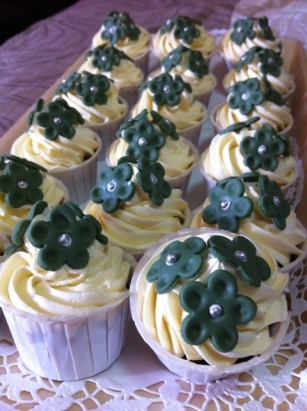 Check out the cupcakes!

I was quite surprised at how ‘Xiao-on’ my sister was with regards to the preparation of my engagement. I’m blessed to have such a wonderful sister. Guests started to pour in by 1pm. It felt quite awkward initially with the “Wah..Pali dah nak tunang sey!” comments but nevertheless, I just put on my selamba face and smiled sheepishly. One of my aunts wanted to see how my future bride looked like, so I showed her this photo. Wait for it………. 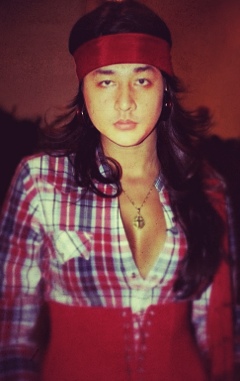 Initially she was like, “Ooh…” and paused for a while, before looking intently at the photo again. Realisation finally sank in and she shouted, “Eh ni muka Pali lah!” Had a good laugh thereafter! Rounded up the rombongan peeps consisting of my dad and stepmom, Cik Jidin (Dad’s BFF of 50 years), Pak/Mak Utih, Cik Eton, Mak Busu and Mak Ngah and we set out for her place at around 1530hrs. My heart was pounding and I was perspiring like nobody’s business. I was hot as a furnace! 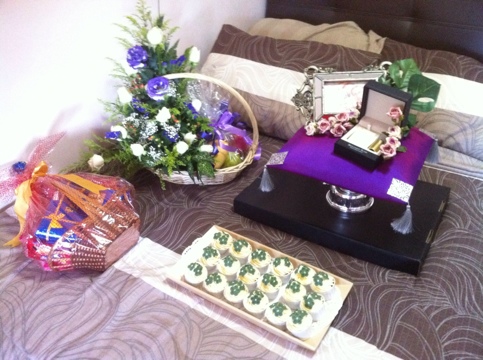 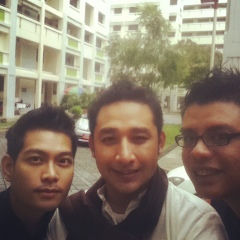 Two of my bestest buddies

15 minutes later I received a phone call from daddy telling me to come up. Strangely, I felt more composed by then. 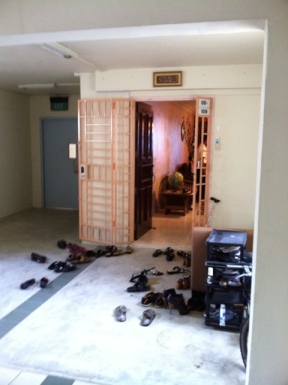 Was greeted by a few unknown faces. The only faces I recognised was my future FIL/MIL and Aunt Sapiah. Seeing their faces surprisingly came as a comfort. And there she was, my fiancée. She was GORGEOUS! It felt like everything fell into place the moment I laid my eyes on her. My God, was she beautiful! 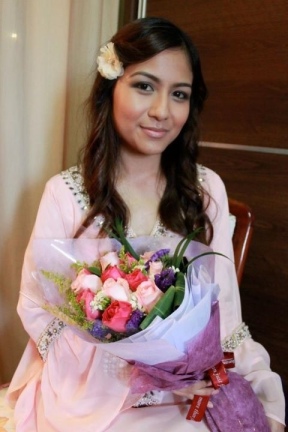 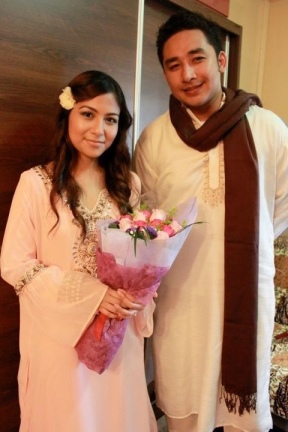 Alhamdulilah, the “upacara Merisik/Meminang/Bertunang” as Pak Utih puts it was a complete success. Took a some photos with her and introduced her to my relatives. All in all I can honestly say that our vision for the engagement became a reality. Everthing turned out as planned, or should I say even better! It was a small, closeted and classy affair. I would like to thank everyone who made the entire event possible.